What are the fundamental rights of a woman?

Safety, freedom of thought & speech, respect and equality. And I believe, this remains the same for men too.

What are the issues that are in the current discussion regarding ‘Entry to women in Sabarimala’?

I would like to put light on these issues.

India is rich in its heritage and culture. We can find different forms of same god/goddesses across the country(I am talking particularly about Hindu dharma). Each state, each region and each house has their own way to worship the same deity. What can be the best example of ‘Right to worship’ than this?

It is a natural process that takes place due to hormonal changes in a woman’s body. It is good for a woman to have periods as it makes pregnancy possible and in no way does it symbolize being unclean or impure or untouchable.

Then why it is said that a woman must not visit temples or attend pujas?

During the menstruation cycle, the flow of fluids in the body is downwards, which is a natural process. Temples are said to be the places where one can experience a high magnetic field or say ‘high positive aura’ or say ‘high/increasing energy’. This high energy is the result of the particular way the temples are build and the chantings that surround those areas. If a woman, during her periods, visits a temple, there are a maximum number of chances that these increasing energies would imbalance the flow of the fluids in her body, making her body weak and even endanger her life. It is for the safety of women, they are always advised not to visit temples or any other areas that generate or contain high energies. It does not have anything to do with deities specifically.

Then why are women asked to stay away from family functions, or even to remain untouchable in their own house?

In ancient days, there were hardly any modes of transport. Also, roads were not that appropriate to travel. It is true that women do feel weak during their periods and some cases also include extensive migraines, fever, stomach pains, etc. In such conditions, it becomes impossible for women to travel. Hence, women were advised to avoid traveling and take rest at home. Also, there we no good sanitary pads that would help them stop their fluids from flowing out if they traveled through kaccha roads(improper roads). And the same goes with stopping her from doing any household chores so that she can spend a few days alone resting.

Humans are always humans, somethings over smart, somethings too foolish. When we ask a person not to spit around and hang a board indicating the same, he enjoys spitting right there. But imagine if we place an idol of a deity there, it is sure he would never spit there. And if we say that the place is haunted, he would never visit that place anymore. So, for a human to make him believe anything, it is only the power of worship or the power of fear that can work. When a woman, even in her menstrual period, didn’t find rest, someone would have put forward this idea of ‘untouchability’ or ‘impurity’ so that ‘the so-called human’ at least find a way not to get in contact with her in any manner and allow her rest. Though, today people are taking it in a wrong way.

Now I ask everyone: Do any of the temples ‘ask women at the gate’ – ‘Are you going through periods?’ or ‘hold a board’ saying ‘Women in their menstrual period are not allowed to enter the temple’?

No, absolutely not. It is always assumed that women would not enter temples during their periods, and even if they enter, no one is literally knowing it or stopping them. So, please understand that it is only for the betterment and safety of women.

Now, when all these things are explained, let me tell you one more story of Lord Ayyappa –

Lord Ayyappa, son of both Lord Shiva and Lord Vishnu(in Mohini avatar), was born to kill a female demon. When he killed the demon, a beautiful woman, who was actually cursed, emerged out being free. She wished to marry Lord Ayyappa but he refused to say that his aim is to provide a good path and spiritual growth to his devotees. He being ‘Naishtika Brahmachari’, did not want to marry her and so he promised that he would only marry her the day when no ‘Kanni Swamis(new devotees)’ would visit him in Sabarimala, as he knew this would never happen.

What conclusion did you draw from this? Does this, in any manner, relates or indicates menstrual cycle as the reason for women not to visit Sabarimala?

No. Definitely not. Sabarimala does not allow women of a particular age group only because it is supposed to be like that as the statue of Lord Ayyappa being ‘Naishtika Brahmachari’ there.

You can easily find other Ayyappan temples across India that allow women to enter and worship Lord Ayyappa. This is because those temples have a different form of idol(of Lord Ayyappa) being placed that does not symbolize ‘Naishtika Brahmachariyam’.

Then why is the need for such a stubborn act from some female activists that don’t even know or understand this culture and are least interested in devotion but more interested in enjoying the fame!

Today, India is facing a common problem – Everyone, especially the youths, is talking about ‘Right to freedom’ without knowing it’s actual meaning.

I am never against women but I am against the wrong message that is been circulated by some women activists. Just imagine, Sabarimala is a place wherever anyone from any religion or caste can come and pray Lord Ayyappa. If this is true, then ‘Not allowing women’ is not about being against their rights, it’s just because there is a valid reason.

The honorable Supreme court of India has given permission for women to enter Sabarimala. But the judgment day is October 17, 2018. The day when ‘the so-called women activists’ have decided to enter the Sabarimala temple, the day when whole Kerala(including men and women), the whole mass across India would be standing against these women activists, with a hope of faith.

It is not about what is right or wrong, it is not about going against the law, it is not about becoming violent, it is only about reaching out to people saying ‘Please let the truth be preserved’. We are no one to protect the god who made us, who created this entire universe but it is our responsibility as humans to always stand for truth and preserve the culture that we made for our survival and not for harming anyone.

I once again conclude that I am not against women, nor against our honorable law of the court, but I believe when it is supposed to be that ‘Women belonging to particular age group should not visit Sabarimala’, it is only for a good reason.

I believe, people reading this would understand the point of view and support the hope. Thanks. 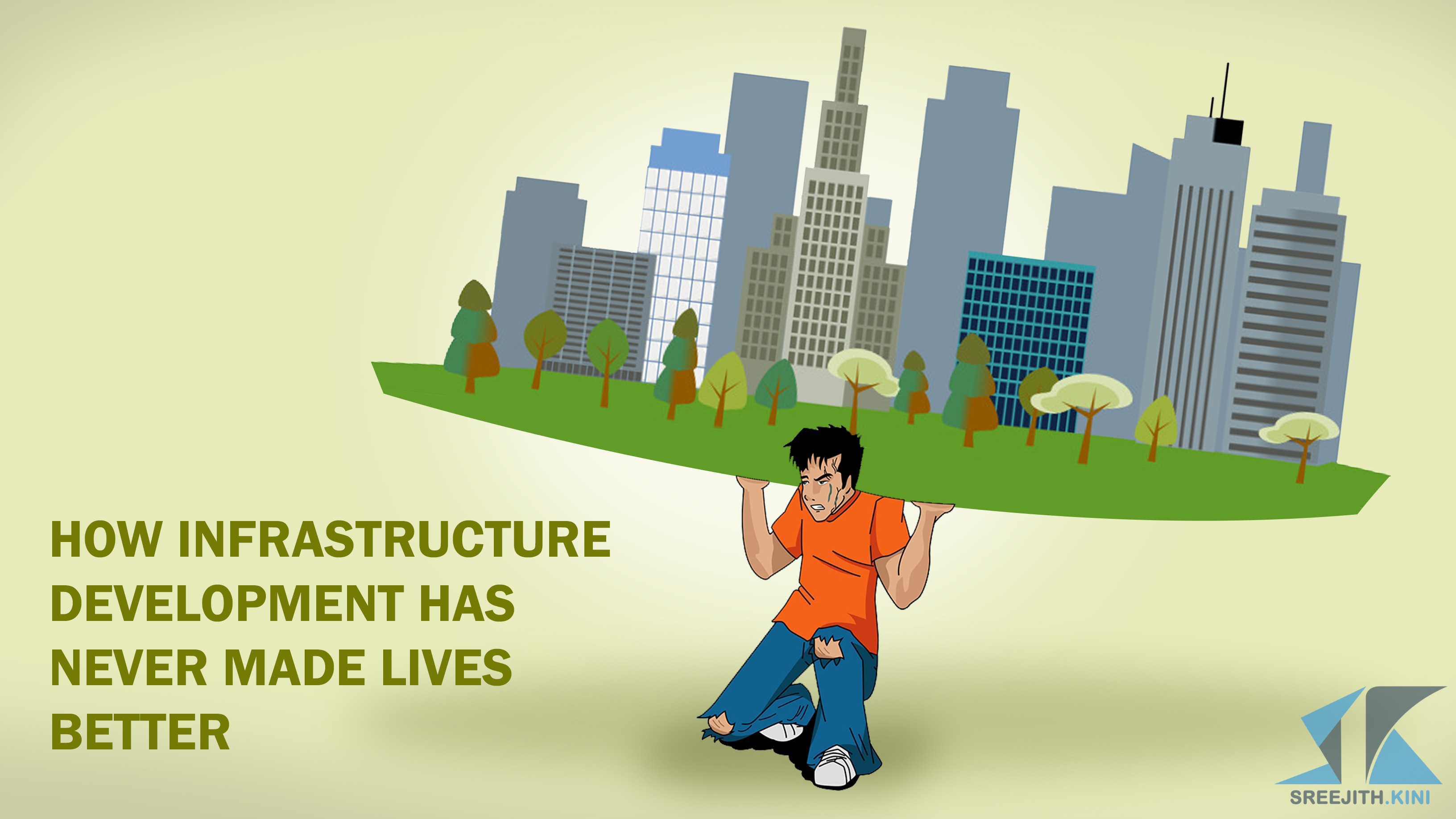 Article How infrastructure development has never made live…